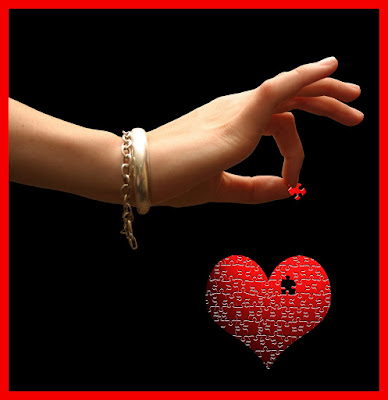 A couple of people have questioned me privately about the Leonard Cohen song The Traitor, and about Cohen's comments on the song,

"[The Traitor is about] the feeling we have of betraying some mission we were mandated to fulfill and being unable to fulfill it; then coming to understand that the real mandate was not to fulfill it; and the real courage is to stand guiltless in the predicament in which you find yourself".

What on earth does he mean, and why am I so excited about it? For the latter, check with my psychiatrist. For the former, my take on the song is this:

The Traitor is another of those instances, as in The Partisan, where Leonard Cohen uses a military metaphor to speak of life in general and human love in particular. Many of us hold high ideals: some great quest or other that we pursue. These are often laudable things: finding true love, finding the absolute love of God, becoming enlightened, spreading the Gospel, writing the great novel or some such other impossible dream . We catch sight of our great and manifold ideal, symbolised by the swan, the rose and the suntanned woman and for the sake of this perfect vision we forsake all, leaving our mother's home (though not without telling her to keep our room ready for our return) and set off on the noble quest like a soldier venturing to war. We are watched all the while by the judges who wait expectantly for our failure. But the pursuit of this perfection is self defeating. Our own imperfection kills any chance of gaining the desired other because even if we nearly reach it, once it is in relationship with us, our flaws destroy it. The judges note our failure to attain the great goal, and urge us on to greater effort. We struggle on, caught between our idealism and the reality of who we are until, at last, the perfect visions fade and leave us in possession of a lesser, harsher reality. The faded rose is threaded with wire to keep up the appearance of freshness, the swan is revealed as a clockwork toy. The great love of the suntanned woman is seen as mechanistically sexual. We are incapable of warning the others behind us who are in the process of making exactly the same mistake, so instead we settle into a grateful acceptance of what is real, while the judges deride us for our failure to attain the illusory goal - which they believe in but are unwilling themselves to risk all in pursuit of.

The point of the song is that our noble goals -whatever they are - are illusions and our true destiny lies not in attaining the goals (which is impossible) but in learning to be real. Unbeknown to us, our failure itself is the actual goal the Universe has sent us to pursue. The end of illusion and the acceptance of reality is the great prize. Others deride us for treachery to the great cause but in our failure and desertion we have actually won everything. There is the courage of the captain who leads in pursuit of the great cause. But when the great cause is shown to be a mirage, there is a greater courage needed: to accept the loss of all that we have based our hopes upon and the acceptance of "our idle duty" - our need to live with what is actual.

Anonymous said…
It's a superb quote. My first thought on reading it was that Satre would agree and suggest that it means much the same as the challenge to live authentically in the harsh and meaningless reality we find ourselves in. But, I'm a Christian, not an existentialist, so don't buy into that. However, I think it helpful in a specifically Christian context. I once thought God had a plan for me and my task was to find it, a view I come across often in Christian circles. I could (and did occasionally) expend substantial emotional effort on finding the plan, but I now think if God has a plan it is secondary to me in his eyes. He wants me, not the plan. I'm unsure if this realisation is the same as the failure as the goal you suggest, but that and the the thought of standing guiltless in our predicament are, I think, pointers to the best seat in our journey through life.
Peter Ross
26 November 2008 at 22:49

Kelvin Wright said…
Hi Peter. We can agree with Sartre on this point and not compromise our Christianity can't we? I love your phrase,He wants me, not the plan. and think this is pretty much what Leonard Cohen was driving at. I think we Christians are often overly prone to a virulent sort of perfectionism, thinking that the goal of sanctification is ours, not the Holy Spirit's to effect and feeling mildly guilty because we fall short now of what God has promised for us at some time in the future.
26 November 2008 at 23:26

Anonymous said…
Hi Kelvin. I think I need to take "meaningless" out of Satre's view for me to be comfortable with it not compromising my (our?)Christianity.
Peter Ross
27 November 2008 at 21:28

Anonymous said…
I wondered about harsh, but concluded that while creation is good, humanity makes conditions harsh for enough for it to apply. Whilst reality may be harsh, we can still be comfortable in it, I think.
Peter Ross
29 November 2008 at 21:19

Kelvin Wright said…
Perhaps it has to do with meaning and/or purpose. Life is difficult, but it is not meaningless. If we can be convinced that there is purpose and direction then almost anything can eventually be borne. If there is no purpose or meaning then life is indeed harsh - even the temporary pleasures we use to fill in our futile lives
29 November 2008 at 22:11

mh said…
From The Netherlands, for me The Traitor is about an englishman who got the scarletfever and went to fight with the Reds in Spain against Franco. But this volunteer died when he lingered on her side (trench) and is kissed by mustard gas. He is not able to tell the other soldiers in the trench nor the ones in the lands of the mothers. Betrayed by politicians and betraying his own life with fatal daydreams.
5 December 2012 at 22:24

RT said…
Excellent analysis. It clarified some aspects about the song that confounded me. And, it's truly insightful to take the metaphors and symbolism of love and romance and hypothesize that love and sex themselves are possibly metaphors for other goals.
19 April 2016 at 14:48