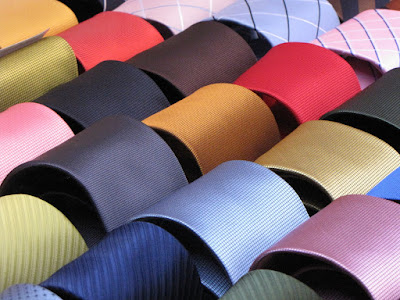 The China Study is a book with three parts. Part 1 describes the study upon which the book is based. Part 2 gives some outline advice on structuring a diet. Part 3 describes the encoounters the author, T Colin Campbell, has had with the American Medical system. This third part is quite chilling reading. It outlines in some detail the lengths to which people will go to ignore or even suppress knowledge they find unpalateable. People whose lives are based on the search for objective truth and the scientific method are capable of immense subjectivity when faced with information which counters deeply held preconceptions. I have been thinking a bit about the reasons for this, and particularly as my own church undergoes one of its periodic convulsions over the choosing of a new bishop, and displays its usual intractibility about change or adaption . It's all about systems, and I am indebted to David Bohm's Thought As A System for clarifying my thinking on this. Systems occur naturally and there are also systems which are the products of human ingenuity. All systems seem to have some common features

A system is a collection of interrelated parts which act together for some end or other. The parts draw their meaning from the system, and are usually useless unless incorporated into the system; as Paul says, what use is a hand or an eye apart from the body? Although some parts of a system are open to development and change and evolution, there are other parts which are linked together in quite fixed, and unchangeable ways. These components of the greater system are structures: they serve to give the system shape and continuity. Structures define much of the system's function and direction. It's when we run up against one of these structures: the inner "bones" of the system that we learn how unyielding a system can be, particular in the performance of the first task of any system which is ensuring the survival of the system.

Bohm says that artificial systems, like any product of human thought, all bear the patterns of thought; that is, they are made in the same way as thoughts and have all the characteristics of thoughts. They are sort of concretised or materialised thoughts. Because they are, in a sense "made of thought" they are not very amenable to being examined by thought: because our thoughts are flawed in precisely the same ways that the systems are flawed.

Systems are bigger than the sum of their components and often act to subsume the purposes of their componet parts into the purposes of the system. Which happens even when the component parts are people. Which is why an American doctor can publicly denounce a therapy based on lifestyle change rather than drugs and surgery even while he is choosing to send his own family for the very same therapy. Which is why submitting to ordination as a bishop in the Anglican church is a precarious and dangerous business.

Anonymous said…
You wrote: "Structures define much of the system's function and direction. It's when we run up against one of these structures: the inner "bones" of the system that we learn how unyielding a system can be, particular in the performance of the first task of any system which is ensuring the survival of the system."

So if the structure of the church is unyielding,and the survival of a diocese is under threat (=cannot be ensured), what then? Is there another way?

These systems- and structures-set down by human thought can never be changed by more enlightened humans?

Kelvin Wright said…
Change is difficult but obviously not impossible, or things would never develop and evolve. Bohm makes the point that an institution is a kind of thought. Humans made it up, and it has no reality apart from the reality we choose to give it. We can only ever consider this "objectified" thought using thought, so it is never really possible to be free ourselves from the flaws and faults we see in the structure. A little like trying to clean up a spilled mess of red paint using only a rag which is itself soaked in red paint. He does say though, that sometimes insight happens: an idea or perception which comes from somewhere outside of ourselves, and which will be initially non verbal and instinctual. It is these moments of insight which let us reform and change for the better.
16 August 2009 at 13:50

Anonymous said…
I recently came accross your blog and have been reading along. I thought I would leave my first comment. I dont know what to say except that I have enjoyed reading. Nice blog. I will keep visiting this blog very often.