January 14, 2015
Remember going to the movies in the old days? Before the feature they had the shorts: little cartoons or documentary films or trailers for the next feature or an episode of a Hopalong Cassidy serial. Well here's the blog equivalent: a few little items which don't really deserve a whole post to themselves

The Hobbit.
I went to see the third Hobbit movie the other night. Well, I'd seen the other two, so I  had to, really.  Martin Freeman is an excellent actor and the visual effects were pretty good, but as I was expecting, this was one of the most forgettable movies I've ever seen, so 6 lines is about as much of a review as it deserves. In brief: 144 minutes. No memorable characters. No plot.  Basically the 2 hours and 24 minutes went like this: A dragon sets fire to a town. A bloke shoots it. There's this humungous pile of gold. A whole lot of people fight over it. The good guys win. The end. 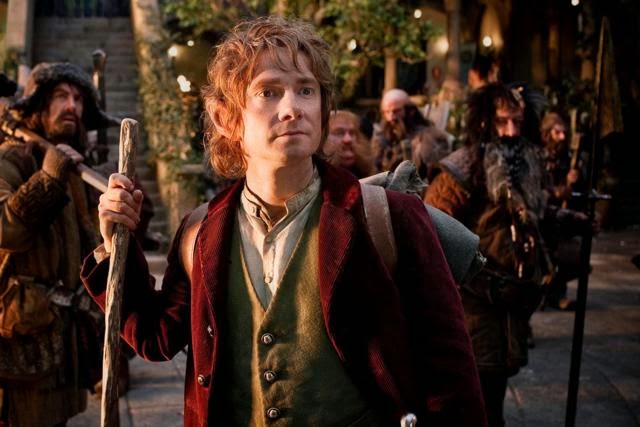 (c) Somebody other than me

Music.
My daughter Catherine left for the UK this morning. While she was here she took my musical education in hand. Amongst others, she introduced me to (appropriately enough)European Indie band,  Daughter.
Retreats
I will be leading two retreats this year. In October I will lead a taught Centering Prayer retreat - an opportunity to learn and to practice this form of silent prayer - but more of that later. From February 21 to February 26 I will be leading, with John Franklin and Sr. Judith-Anne O'Sullivan a directed silent retreat at En Hakkore, the retreat centre in the old sanatorium  in the hills above Ranfurly. Cost is $390. Further details or registration contact  our office.

Wynston said…
For those that like that sort of stuff there was plenty of action in the fighting (very little of which featured in the book though).
Like you quite disappointed in it (and the other two).
14 January 2015 at 18:03

Brian R said…
Agree. I love LOTR, have read the books countless times and saw each movie in the cinema twice then bought the DVDs. However I have not really enjoyed any of the Hobbit movies. The book was written for children long before the much better LOTR. The Hobbit movies have just exploited the success of the LOTR movies.
15 January 2015 at 07:17

Kate said…
I wasn't even fascinated by the orc make-up or whatever they were. Bored. Found myself in existential contemplation of the much more interesting green glowing EXIT sign during most of the long battles. Yawn.
19 January 2015 at 20:01