Now We See The Real Similarities 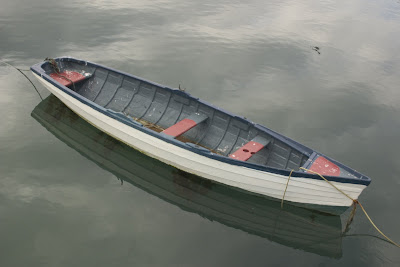 So now we see the REAL similarities between Buddhism and Christianity.

I could of course write a Christian equivalent to Murray's reply, but it would seem like a competition and we couldn't have that now could we. Especially as he's wittier than me, and I wouldn't want that to be publicly known.

But really, the real reason I refrain from writing the equivalent is that we Christians do so little rowing. We write about rowing. We have rowing schools and training courses for rowers. We run workshops on rowing and have rowing discussion groups. We have rules and standing orders and canons and statutes and bills and memorandums of understanding and accepted precedents about rowing. We all agree on the vital importance of rowing. But as for actually sitting in a boat and putting an oar in the water..... well.....

We have an excuse of course. We're too busy holding meetings and workshops and discussions where we fret about why people are leaving us and going to the rowing machines at the gym.

Well, what I find so very, very interesting about all this is that three people who lived together for a time some thirty eight years ago, who experienced all that we experienced together and when on parting shot like three arrows through space and time in different directions have through time and circumstance met again on a Blog spot. I wouldn’t call in syncronicity. I would call it heart warming.