The Journey Goes On 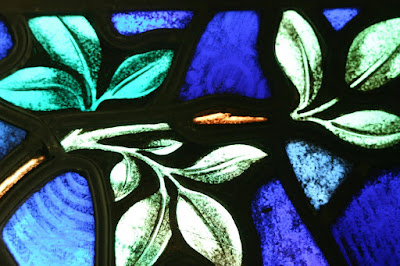 Hello all, Catherine Wright here writing on behalf of one whom because of his current position, cannot make contact himself. After many weeks in a state of limbo, yesterday morning my father had the surgery which would remove his troublesome prostate and make sure we will have him round for a few years yet. My mother and I drove him to the hospital at around 9am where he was promptly fitted with an attractive gown and special leggings to prevent blood clots. All he was lacking was a pair of heels and he would have given Liza Minnelli a run for her money.

At 10am he was given a pill to make him drowsy before he was given anaesthetic. He told us all that these sort of medications never work on his alert personality and was promptly snoring within five minutes. A little after 11 a team of very kind nurses wheeled him into theatre where he was nipped and tucked for about four and a half hours. During this time Mum and I had a quiet lunch at a lovely cafe by the beach then sat in the family waiting room, wanting to be as close to dad as we could. The beautiful Sister Mary visited us throughout this time, giving us all the gentle care and attention that her many years experience, and high status in the hospital could afford. Dr Samalia rang us just before 4 to let us know that Dad was in recovery and would stay there for a couple of hours as they monitored his blood pressure which had (quite understandably) dropped a bit. They have sent what was removed off to a lab to be examined and we will hear in a week or two the results which will tell us how successful the surgery really was. However, we are quietly hopeful for the best possible outcome.

We were finally able to see him at about 5pm. He was very pale and still under the influence of many drugs, but we sat with him for the few hours while he slowly came too. The nurses who were constantly in and out of his room, checking the many monitors and tubes running in and out of him assured us that he was doing very well, and by the time we left he was alert enough to watch a little of the rugby, and engage in some light conversation with the man across the way from him about the blunders of both teams. We were exhausted when we got home but immensely relieved to have that part of this journey over.

Today we returned to the hospital to find Dad sitting in a lazyboy by the window patiently waiting his lunch. Though he is still uncomfortable and has a long way to go, his night was good and he was even able to attempt a short walk during the course of the day. It is a testimony to the prayers of all those who have so kindly lent their thoughts towards him how rapidly he is recovering from his surgery. We gratefully thank every person who has offered support in whatever measure over this last period. We have felt so cared for in so many ways and it is impossible to express how deeply we have felt your love. There is still a great way to travel on this road but we have no fear as we face it. God bless you all.

JoanK said…
Thanks for the news - prayers, blessings and cyber candles coming your way from Canada
22 June 2008 at 23:32

Anonymous said…
What a lovely surprise to hear from you, Catherine, writing in the same vein as your Dad [funny that!]
I am just so grateful that you did, because I was about to write something about the candle still burning at St John's for those who need our prayers when I remembered it was still burning at 11 p.m.!!! Aïe! I had agreed to put it out for the night, leaving a night light in its place as usual, and had forgotten. (now out, I might add)
We all thank God over and over for his faithfulness throughout this period to Kelvin and all of us. Tonight we rejoice with you in Kelvin's amazing day today and continue to pray for rapid and complete healing. May you and Clemency, with Bridget and Nick, continue to be upheld and know you are loved to bits by our Lord and all those who know your family.
NIE
22 June 2008 at 23:38

Kathryn said…
Thanks so much Catherine for keeping us informed. I'm so glad that your Dad is doing so well - and now we will pray for a good recovery and good pathology reports. Best wishes to your Dad,to your Mum and to your whole family and of course may God Bless You All abundantly.

Anonymous said…
Catherine that's so beautiful and so descriptive, and even more amazing that the next morning he sent text messages describing how okay he is. Then three more this morning! He must be bored! Our thoughts and prayers continue [as does the candle/light burning.]
23 June 2008 at 09:58

Alden Smith said…
Thankyou for the news Catherine. You write so well and with great clarity. It is good to hear that your dad is on the mend. You are all in our thoughts and prayers.
23 June 2008 at 11:42