Perfect Love Casts Out All Fear 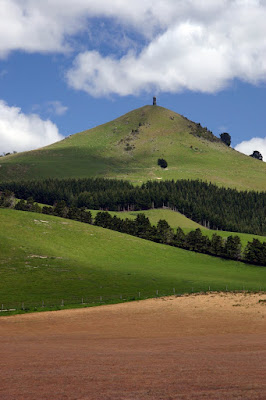 The most popular page on our website by far is Alan Firth's The Beginner's Guide To The Anglican Church. This brief informative little piece is linked to by 35 other parish websites in a number of countries. For the last couple of years it has been read about a thousand times a month. The feedback we receive about it is generally very positive, but last week we had an email from a reader who called us confidence tricksters for publishing such a thing. What struck me about the email wasn't the content of what was said but the tone. It was filled with fear and anger.

Fear and anger are of course closely related. Anger is a threat response. We get angry when we are threatened with a loss of some sort. The loss might be real or imaginary. It might derive from something in the world around us or the inner world of our conscious or unconscious psyche. The loss might be to us personally, or to something or someone we care deeply about. An angry response may or may not be an appropriate one in any particular circumstance. An angry person is a threatened person and it is always helpful when trying to resolve anger - our own or someone else's - to ask 'what is being threatened here?'

The anger and fear of the email sent to us revealed a threatened man; one for whom Alan's quite innocuous piece of writing had shaken some dearly held notion or other. This is not unusual in Christian circles. The emotion underlying many flavours of the Christian faith is fear. This is why much of the Church faces the world defensively and why the reaction of some Christians to the wider culture - or to other parts of the church - is often one of anger. Of course, "the fear of the Lord is the beginning of wisdom"; but note that the fear of the Lord is the beginning , not the end of wisdom. The end of wisdom, the place where it will take you if you follow it for long enough is that "perfect love which casts out all fear". The Genius of 1 John is the realisation that if we can truly have faith in (ie trust) God's absolute acceptance of us and love for us, we will not be frightened. If we are not frightened we will not be angry - with ourselves, with other people, with God or with the world. If we are not angry we will show to others, in our words and actions, that overwhelming love with which God treats us.

Alan, one of the gentlest and least threatening people you are ever likely to meet, wrote back to the person and explained himself reasonably, clearly and succinctly. In response he got an even more venomous reply. The emailer wasn't looking for reason or clarity. He was angry, and would remain angry until he was no longer frightened; until love was perfected in him, which, judging from the email, might be some way off yet. Of course that's not how the emailer would have explained it to himself. I think his own assessment of his email would have included words like "correct" and "courageous" and "Biblical" and "Godly." Such is the window dressing we give our fears.

Anonymous said…
Our correspondent was absolutely right in one respect: he recognised that our dealings with God are an extremely serious business, and that teaching them to others is something that should not be taken lightly.

I wonder if "the fear of God" would be better translated as "the awe of God". Fear and awe are very nearly the same thing, but where fear has negative connotations, awe is closely related to wonder, and wonder is one of the flavours of joy.

As Mr Beaver said of Aslan; "Course he isn't safe. But he's good."