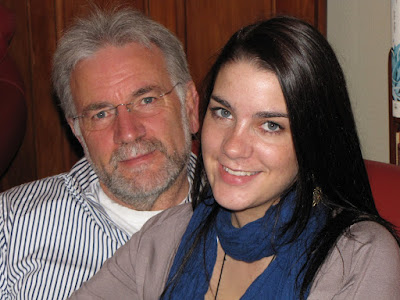 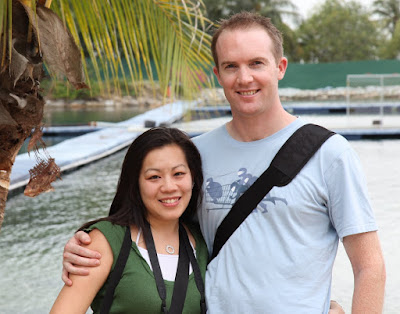 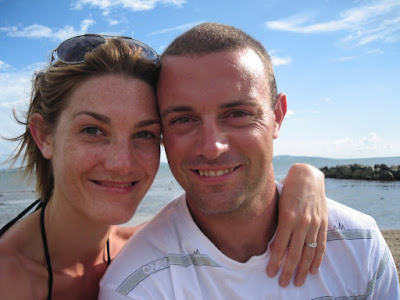 One of the most profound experiences of my life was to hold my son, my first child, when he was about 5 minutes old. He'd had a bit of a struggle to arrive. Quite liked it where he was, actually, and didn't fancy the delivery room of St. George's hospital in comparison. He'd needed a bit of assistance to make the two foot journey and he got here blue and exhausted. After the professionals had checked him over they wrapped him in a blanket and gave him to me. I held him and looked at his eyes and couldn't believe how blue they were. I looked at him and another consciousness looked intelligently back. He didn't have those random unfocused wandering eyes of other newborns, such as the two sisters who followed over the course of the next few years. He was focused, quizzical, enquiring, not quite understanding who I was, where he was or what he was doing there. One of the two midwives present said knowingly,"this one's been here before...". It was not a sentiment a conventional Christian such as myself could go along with at the time, but I could see exactly why she said it.
That was twenty nine years ago and he's now one of those people who gets paid to fiddle with computers. He lives and works and London, and over the Christmas holidays he got engaged to Chramayne (link here), a beautiful young Australian woman whom he works with. A couple of weeks ago, his younger sister Bridget, not to be outdone, followed suit. Bridget is a lawyer and works for Vodafone in Auckland and she and Scott have been an item for I can't remember how many years. They took a holiday to Fiji and there was an episode with a chunky diamond glistening in the tropical sunset. So it's two weddings for 2010, and though Catherine our youngest has shown no signs of engagement yet, she has finally and completely left the nest. She's in Wellington looking for work that will pay the bills while she follows her true vocation: pretending to be someone else while other people watch, clap and, hopefully, pay for the privilege.
The time between that first startled encounter and waving the last of the 737s off from Dunedin airport seems ridiculously short and yet it is three lifetimes long. They are all of them making their way in the world, all on the very brink of things which will shape them and form them for the rest of their lives. All of them, despite the emailing and texting and skyping and the trips back South, are making their own way now and doing a pretty good job of it. It's what the task of parenting is about: letting go; doing your best to ensure that they are strong enough to live apart from you; knowing that the relationship is primarily about them, not about you. Perhaps that's what all love is about. Surrender, giving up. Which I've been thinking a bit about as Lent rolls around, and which I'll try and write about tomorrow.

Kathryn said…
Hi Kelvin, I can relate to your feelings about your offspring all growing up and flying away to live their own lives. Sometimes it's not so easy when they don't seem to need you anymore, is it?
But that is what we, as parents, are supposed to do isn't it? It is a real achievement to have children who grow up to be independant people who don't need to keep coming back for approval. I miss my children when I don't hear from them or see them so much, but it means that they don't need me. I love to hear from them with good news, when they are happy or just want to share something with me, or to chat. And I especially love those beautiful grand children - now that is really something for you to look forward to.

Congratulations to the engaged couples, best wishes to Catherine as she follows her dream, and well done to you and Clemency! You are very successful parents! :-)
25 February 2009 at 14:40

Dan Gurney said…
You write: "Perhaps that's what all love is about. Surrender, giving up."

When I think about my life, the love that I feel for both my parents (now dead) and my children (now adult) is definitely two-way. I like to think of love being about giving, period. In his book, Love and Death, Church makes the point that love can transcend death. My mother, for example, gave me a love of music. Her love of music lives on, with appreciation for my mother, in me.

My sense is that love flows forward, as you describe, from parent to child, but also back through time towards our ancestors.
25 February 2009 at 18:44

Anonymous said…
Kelvin, you should be terribly proud of your children, and the job you and your wife have done with them. I know from bitter experience that things can go terribly wrong with children, regardless of how hard one tries to be a good parent, and I can only say congratulations!
26 February 2009 at 10:43