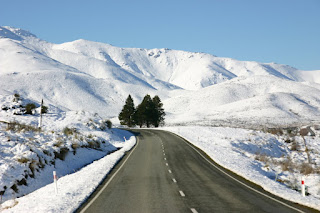 It's been a while since I posted. For the last week I've had the heavy chest cold which seems to have taken a real shine to Dunedin lately, and decided to stick around and make the acquaintance of half the city. This waking up all night to hack and cough and splutter is the dull bit of winter, which is generally my favourite season. I've been tired of it and with it, but there is a lot happening, so I haven't felt able - or willing for that matter - to just sit around home sipping whisky and lemon and looking pale and interesting. At long last though, the malaise has receded to a level that is only mildly annoying and today was a good one: I had some fruitful conversations; the chapter meeting this evening seemed to flow well and get through its business with good humour and efficiency; I had a funeral visit with a truly remarkable family who even in their grief were whole and self aware and grounded -together in every sense; a seemingly intractable problem looks like it has moved a long way toward resolution much to the relief of everyone involved. It does seem like a good news day.
In fact, despite my lungs wanting to turn themselves inside out, it's been a good news week. On Sunday I visited St. Matthews in the city which was full and energetic and robustly holy, and later, the builders arrived and started making me a study, which means that in a short while I will be able to unpack my books. There are times when I get a bit daunted by the sheer size of the task which lies ahead, but this week I think I can see movement. I think churches -and probably dioceses - are like giant blocks of ice that need moving across a flat surface. If they stop moving, they freeze to the ground and it is a rare old task to get them going again: it takes pushing and shoving and pleading and cajoling and encouraging and kidding and bribing and threatening and reasoning and lots and lots of examining and thinking and listening and talking and all manner of ingenious softening and breaking of the connection between block and ground. But once they are moving, it's comparatively easy to keep them going and provided you've done your homework and got them moving in the right direction, they'll keep right on trucking all under their own inertia for the most part. And today I think I can see movement.
"Cough! Hack! Cough! Splutter!" might be the signature tune of winter but even at this time when I and a lot of other folk are not firing on all four, the life of God starts to show. The timing isn't accidental. Things look up when I feel down precisely as a timely reminder of who is actually responsible for all those promising little creaks and groans and cracks and shifts.

Elaine Dent said…
Loved the post. Of course, my empathy runs high; a couple of posts past on my blog, I was bemoaning my summer cold on may week's vacation to Colorado to a nephew's wedding...(Actually it was worse than a summer cold. See "distractions"). Slowly I realized though that God was acting and making it one of the best of family weeks in spite of my feeling absolutely lousy and my hacking through the festivities. Loved your winter photo.
11 June 2010 at 06:09

Lee said…
I hope you're feeling back to normal soon. These winter nasties have plenty of bite but not much stamina. I'd suggest lots of garlic, but that might just keep everyone away :-) Honey and lemon in hot water works a treat, and is less...confrontational.