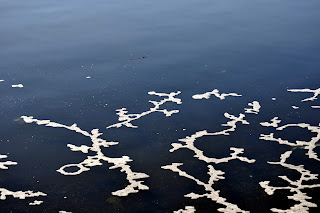 From Friday night until today I wore a purple cassock and sat in front of those who have entrusted me with the guidance of their diocese as we shared together in the business of our annual synod. We met in the Invercargill Working Men's club and the local parishes hosted us and made sure we were undo another notch in the belt well fed.We listened as Bronwyn Miller delivered some not very encouraging news about parish finances, the likely effects of the Christchurch earthquakes on insurances and the implications of new earthquake strengthening requirements. We are, after all, the inheritors of many historic and beautiful buildings, often made of unreinforced masonry and often with other parties (local bodies, the Historic Places Trust) wanting a say in what we do with them. Many are a struggle to maintain even now, and their future utility will exercise our imaginations considerably.

For all that, the synod wasn't negative; not even a little bit. For myself, I am perfectly secure in the knowledge that we will be led into God's future, but of course we are not there yet, and we may well have to undergo a period of ambiguity and paradox as our old ways of being church gradually fade away while the new ways are not yet quite apparent. Our diocese seems to understand this, for which I am profoundly grateful.

We talked about some important things. Trevor James, the Dean, reminded us of the need to preserve the Trinitarian theology of our worship, and although his motion did not engender much debate it was timely, and in keeping with the new emphasis on the Trinity appearing in much modern theology. Perhaps the debate was muted because it came after we had discussed, with some candour two other pressing issues.

We discussed the Anglican Covenant and agreed with the suspicion of clause 4 which seems to be current in most of the New Zealand Anglican Church. By a reasonably large majority we do not want our church to subscribe to it.

We also discussed an issue that has been exercising us for many years now, the ordination of people in same sex relationships. Tony Fitchett introduced a motion asking us to accept that people in such relationships should not be denied ordination because of those relationships. The debate was lengthy, honest and at times illuminating. It was conducted in a spirit which was, for the most part deeply respectful; I had a real sense of people on both sides of the issue listening carefully to each other. In the end, an amendment was proposed which affirmed that sexual orientation was not a barrier to ordination, but which removed any reference to relationships. That is, the amended motion served to affirm the situation which has been the case in the Anglican Church for many years. The result was not unexpected, and while it was immediately disappointing for some, I think there was a lesson for me: namely that we have been going about this debate in entirely the wrong way. The argument over sexual orientation is in itself unresolvable, given its basis, on both sides of the issue, in deeply held attitudes to scriptural interpretation, human sexuality, the family, the origins of sexual orientation and a thousand other things besides. So, if the argument is unresolvable, let's stop trying to resolve it. Let's work instead on something that is achievable: learning to live with difference. We have, after all, been living, in real terms, with this particular difference for many many years now.

spiritedcrone said…
Thanks for posting your reflections. So worthwhile to hear from a bishop in such a relaxed, open way.

Dunedin's move that sexual orientation not be a barrier to ordination is so positive and as you rightly say we have been living with difference well, forever. Hopefully, we can just get on with that.

I guess the trick now is to not let 'relationships' be a bar to ordination for straight or gay.

NIE said…
Deo gratias. And thanks to the purple-cassocked one who is gently, positively listening and leading.
Following the readings last night we were encouraged to seek visions (Ezekiel and Paul) and there lies the real challenge to each person in the diocese, as seriously seek what it is to be church - and not to get too lost and confused in the "ambiguity".

Brian R said…
I guess I can be thankful for small mercies. Unfortunately the news from Wellington is disappointing. I know Christchurch has understandably postponed their vote but there is nothing from the other two Pakeha dioceses. However I think your view that this has been the situation in the Anglican church is rather rosy. I have moved from an overseas diocese where in most parishes, if I mentioned my sexual orientation, let alone any relationship, I was removed from even reading the lesson. However women were also not allowed to read the lesson in many such parishes.
19 September 2011 at 09:45

Elaine Dent said…
Sounds like your synod has respectfully handled the question of sexual orientation a lot better than ours (ELCA). For some reason, many here couldn't live with the tension of different interpretation. With a vote taken, some dear colleagues and congregations are "leaving." Saddened, I wish we could go back to the ambiguity...
19 September 2011 at 18:56

Parwathy Narayan said…
We really do have to embrace the present, the ambiguity of the future, and have complete Faith in God's plan.
21 September 2011 at 04:45

Pachyderm said…
Wellington voted on the covenant in sections - the first three passed and the fourth went to a formal division into Houses - the vote was very very close and there were a fair number of abstentions. It was not a cut and dried thing by any manner of means.

The Matter With Things. 2

June 30, 2022
Last night I finished reading Iain McGilchrist's The Matter With Things, Our Brains, our Delusions and the Unmaking of the World , the biggest book I have ever read, in all senses of the word "biggest". Back in 2017 I wrote about books which had been important to me , and, however I would recompile that list now, The Matter With Things would go straight to the top. Really. It's that good. I've read every word: no skipping or coming to and realising that my eyes have been glazed over for the past ten minutes. It's taken me a couple of months to engage  with its 1300 or so pages of text, and, as well, there are another couple of hundred pages of  appendices and bibliography (well, OK, I haven't read the bibliography). At the end of the book proper there is an epilogue which is a "so what" chapter in which McGilchrist speculates about the implications of his hemispheric theory for the world in the immediate future. This epilogue is preceded by a
4 comments
Read more