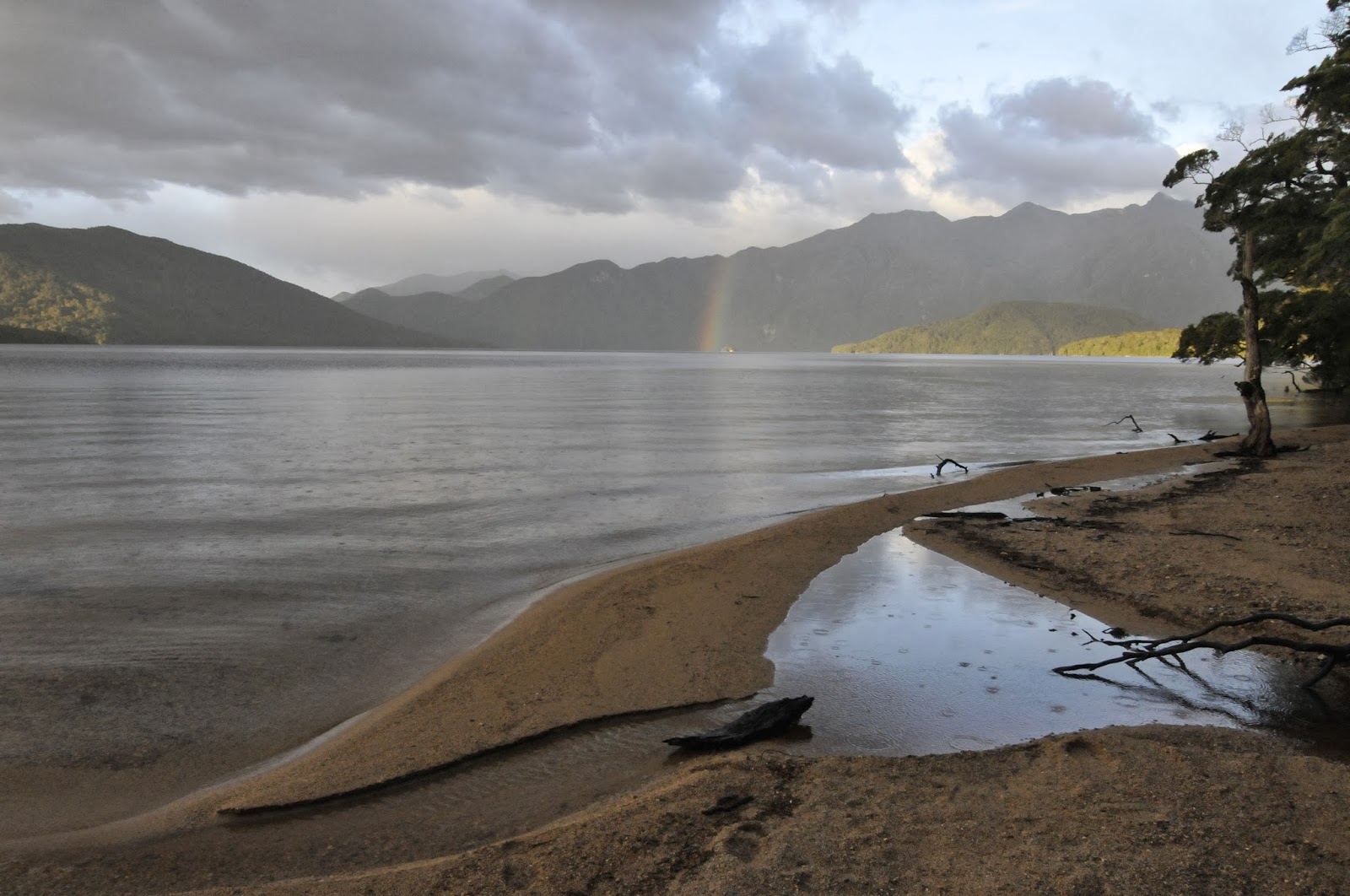 Lake Hauroko, Fiordland National Park
Catherine, my daughter, had, until recently, two criteria by which you could distinguish a genuine holiday from an ordinary run of the mill road trip. To qualify as a holiday, at some stage it was necessary to a) dig a slop hole and b) eat at least one meal cooked over an open fire. She's changed a bit, and so have we, although there is one holiday preference that we still adhere to, and that is the one of backing the car out of the driveway with only the vaguest idea of where we might be going.  Over the last couple of weeks we went South, intending to drive to the end of the road and see what was there and I didn't take a shovel or for that matter a box of matches. Instead we took a gas stove and a fridge and a bed with an innerspring mattress and a shower and toilet all swaying gently behind the car in a big white box.

It rained a lot; nearly every day in fact, but who cares? We also took a pile of books and a DVD player and a scrabble set and a couple of Kindles. On three nights we pulled up beside little country churches and ran an electric cable through the window but mostly we were parked up by water, surrounded by lots of trees and by hardly any people. 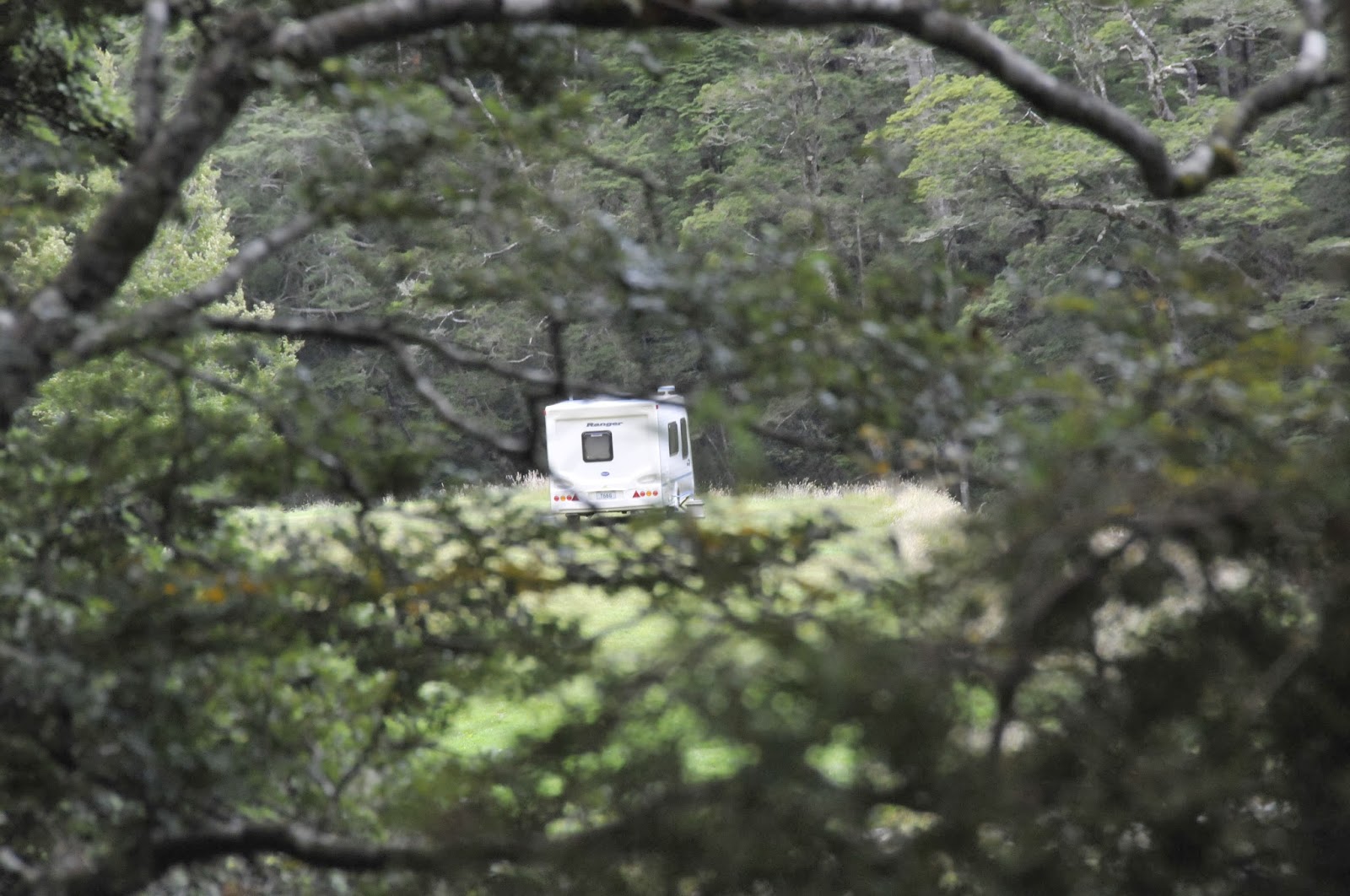 We travelled perhaps 200km on gravel roads, but mostly it was over the wide empty Southland tarseal. The furthest we got from home was Lake Hauroko, which might well be the most remote place you can drive to on a public road in New Zealand. It is the deepest lake in the country, with a jetty and a few picnic tables as the only visible signs that anything has changed in the last few thousand years. The forest comes down to the waterline, giving a hint of what its more famous siblings - Wakatipu, Wanaka, Manapouri - might have looked like once. It is a beautiful place and an eerily, powerfully spiritual one. Hauroko is sacred to Ngai Tahu and there are local legends about curses and hauntings, and it's easy to see why. 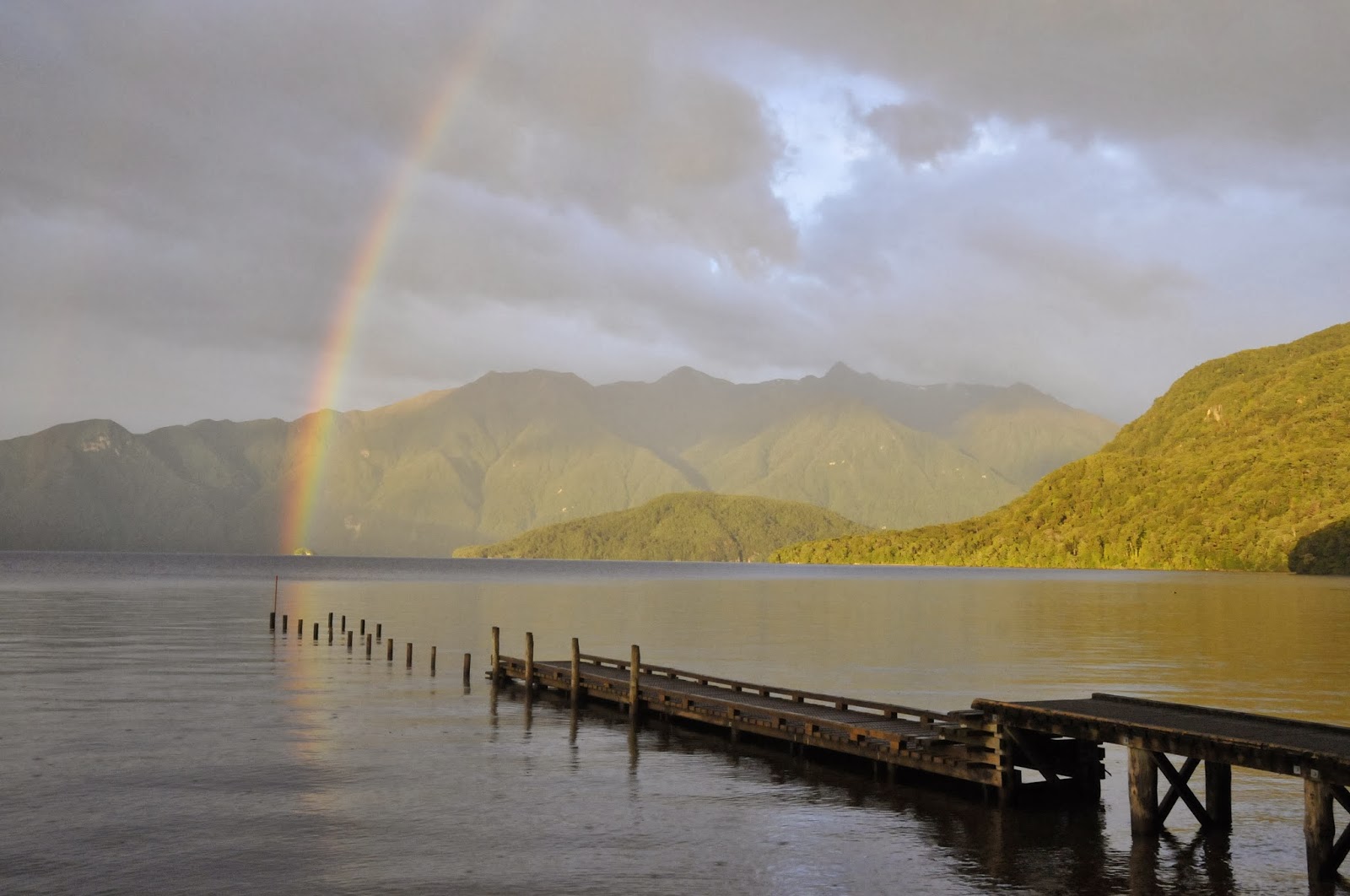 We slept overnight, just a little uneasily, in the car park a few metres from the water and left early next morning in the rain for Lake Monowai. Monowai is another of the little visited Southern lakes. It has an earth dam built across one end and there are long straight gravel roads leading up to it and power pylons leading away from it, so beautiful as it is, it can't be called unspoiled in the way that Hauroko can. We didn't stop, but drove instead through Manapouri and Te Anau to the Mavora Lakes. 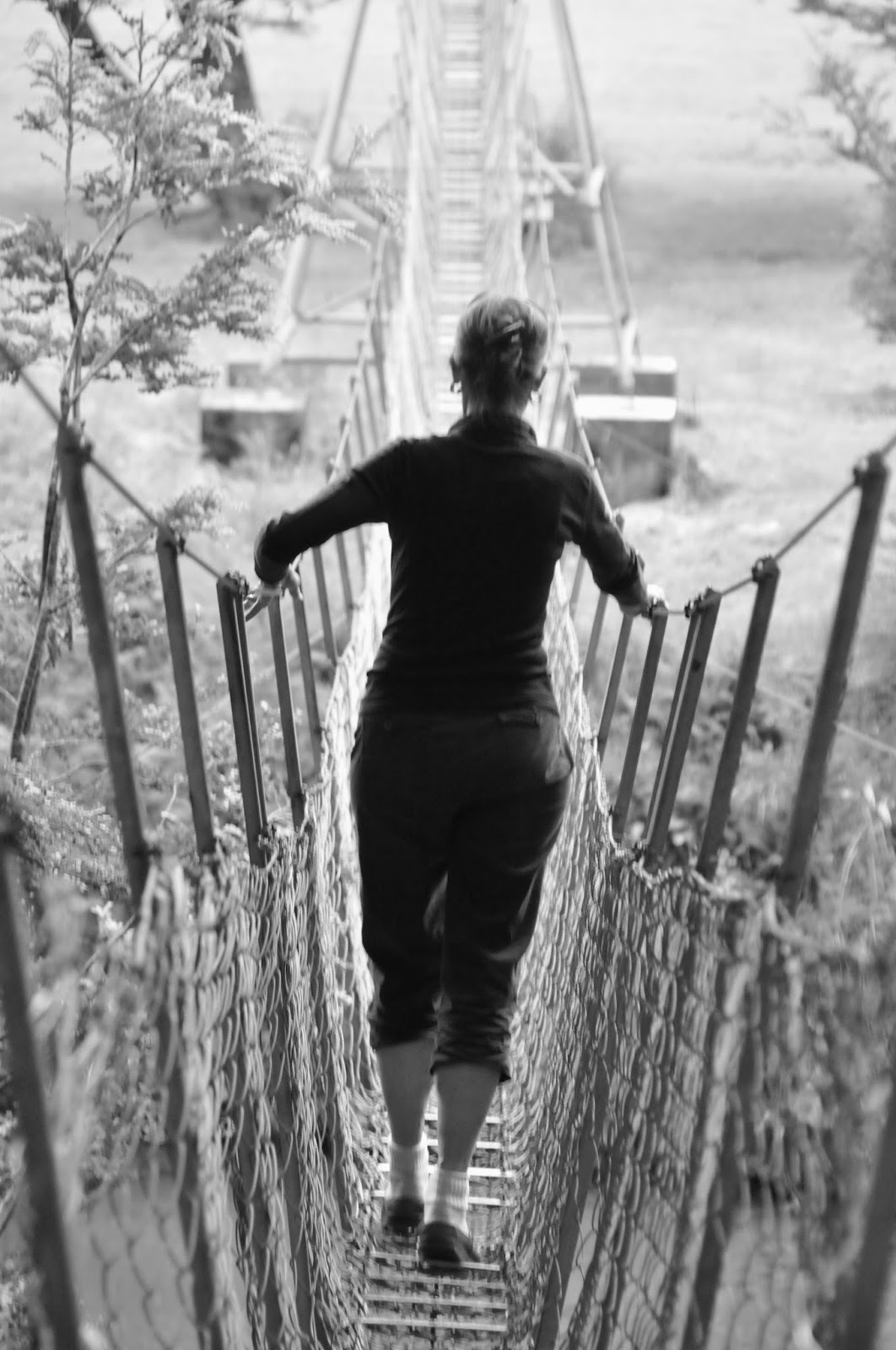 The two Mavora Lakes are where some of the Lord of the Rings trilogy was shot, and it's easy, wandering around the shoreline and the forest which creeps up on the tussockland, to imagine your way into Middle Earth. We looked out of the caravan window at the Silverlode, to the spot where Frodo pulled Sam from the river, and we wandered through the edge of Fangorn, listening for Ents. The rain thundered on the roof (and on one or two occasions so did the thunder), but I had a mellow old scotch and Clemency a bottle of tawny port, and it just added to the sense of cosiness as we turned our respective pages.

We stayed also at Piano Flat which is very like 8 acres, a favourite spot from years ago in the Urewera National Park. Both have a gently flowing river full of swimming holes, a large and empty piece of grass for camping on, and a nearby forest for walking in. So, no, Catherine we didn't light a fire, and there was no need to trench the boundaries even though the rain was almost as heavy as that time in Kaiaua on the East Cape. But it was a holiday. On day two my watch broke and fell off, and on day three we ran out of cell phone (and therefore internet) coverage. I forgot what day it was. We had no idea where we might head next or when we might do it. Perfect.

Elaine Dent said…
What a delight to get vicarious glimpses of places I would love to visit but...Now I'll have to go back and watch the river scene in the movie. I like the idea of just taking off and not knowing where you will end up.
12 January 2014 at 00:30

Balfdib said…
Sounds wonderful, sort of holiday Loma and I would love.

Merv said…
Ah ... Lake Hauroko. I worked on Goldie Davidson's sheep farm up the Lillburn Valley back in the early '70s.
If that's a picture of the jetty on Hauroko, then it's the one I came within millimetres of demolishing with Goldie's jet boat.
You describe it's beauty well.
14 January 2014 at 18:44