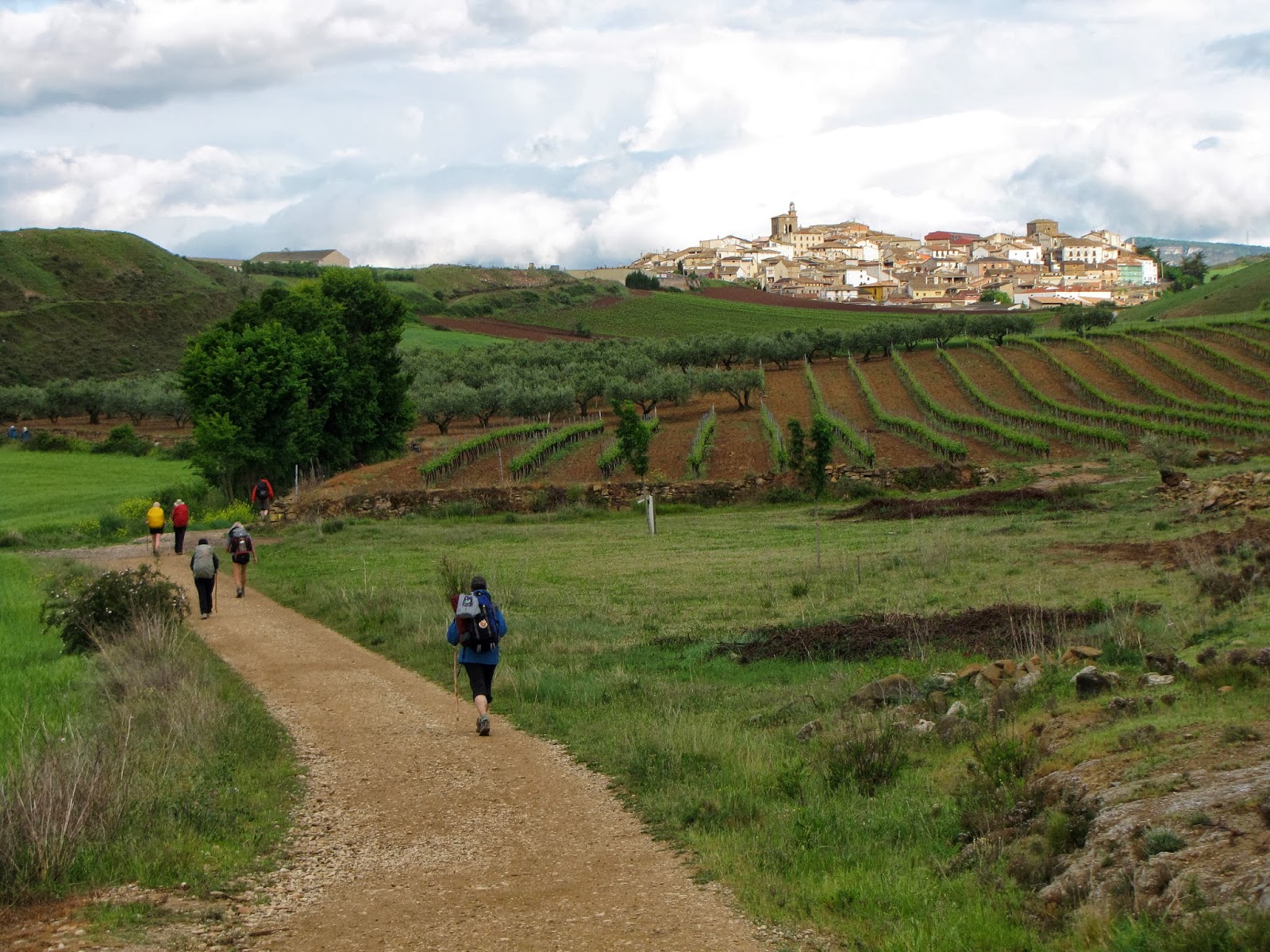 We're thinking of going back to Spain and walking the Camino Santiago again. This time we'll take the Northern Route, through Bilbao, so it will be a different path but some people nevertheless seem a little nonplussed at the idea. "I thought you had already done that," they say. "Why don't you go to South America instead? Or Latvia?"

It's hard to explain the addictive pull of the Path of Miracles to people who haven't themselves set off  on a crisp Spanish morning wearing a scallop shell on their back. But it's not about the scenery, beautiful though it is, and it's certainly not about adding a list of been-to places to my collection of useless possessions. A pilgrim is not a tourist. When I travel as a tourist, I travel under my own terms. I arrive and stay briefly in some strange place, sleep in places that the local people would never use, eat food which is either exactly what I might eat at home, or a garish parody of local cuisine, visit structures and museums and monuments seldom frequented by locals, and travel about the place by modes of transport they would never deign to use. There is one ritual practiced universally by all tourists: standing in front of the pretty and/or famous bits taking bad photos of each other, and I have my own collection of these snaps. For all this I pay at tourist rates: ie far in excess of what local people might pay if they did something similar. Most significantly, as a tourist I travel something like a diver in a bathysphere, taking my own little insulating bubble of culture with me and viewing the "foreign" landscape (usually) at speed and (usually) through glass.

Pilgrimage is undertaken not to see the sights or to broaden one's experience. It is conducted at 6 kph and with full tactile engagement with the earth and the elements. The scenery and the local cuisine may indeed be wonderful but that's not the point. When the shell is tied to my pack and I step out onto the senda there is a profound change. I no longer travel under my own terms and in token of that, a new name is given: Peregrino. On The Way my own name fades into insignificance as do all the markers of status I might have accumulated over the years. Age, gender, occupation, income, possessions, religion, nationality, race, education, employment history, sexuality and all those myriad things we use to categorise and stratify each other simply disappear. On the track I am one person amongst several hundred others walking towards the great goal, all of us equal, none of us privileged. I form strong bonds across the barriers which might, in my ordinary life, have prevented them. The bonds of community form quickly and just as quickly are let drop.

Early in the walk I learn to surrender whatever possessions are not absolutely necessary. I learn not to think too far ahead or back, and as the rhythm of days settles, learn to live almost totally in Now. Most of all, I learn to surrender the nonsensical fantasy of my own self sufficiency. I survive on the Camino because of the goodness and generosity of others in building up, over centuries of selfless giving, the infrastructure on which it all depends. Pilgrimage is a spiritual practice because it is an exercise in dying to self. That is, it is not about relinquishing stuff to make God impressed with me, but rather, it is about releasing those things upon which I imagine I depend. In letting go the mirages (security, affection and esteem, power and control)  with which I am ordinarily so enthralled, I see them for what they are and see also where my true identity lies.

It is not for nothing that people call the Camino Santiago The Path of Miracles. As I walk it I am blessed. I am Gobsmacked by God -Godsmacked - on an almost daily basis in matters both small and not so small. I am reduced, but in that reduction something strange happens: several times people would ask me, sometimes with great passion, Rece por mi cuando llegues Santiago - Pray for me when you reach Santiago. There was a sense that the blessing goes both ways. The pilgrim is blessed by walking and blesses in return.

And all of this is a long way around to saying why in three weeks time I will walk and cycle through my diocese. I'm not going to see the sights -after all there aren't many of them I haven't seen already. Although my badge will be a tokotoko staff rather than a shell, I am going to walk as a pilgrimage;  to bless with prayer which is the act of walking and to be blessed by the roads of Otago and Southland which, as much as those of Northern Spain, are also holy ground.

Kate said…
Ah. Lovely.
A little envious, but it's my choice to simplify my life here at home (getting rid of a lot of Stuff) first before I go on my pilgrimage. Lighter.